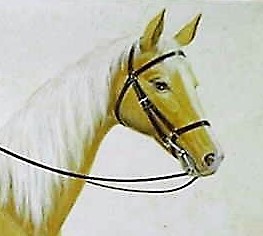 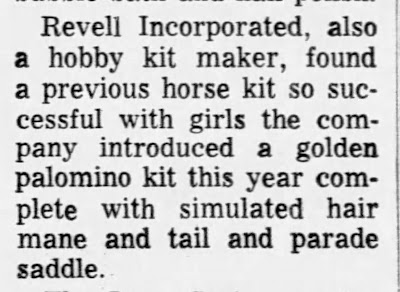 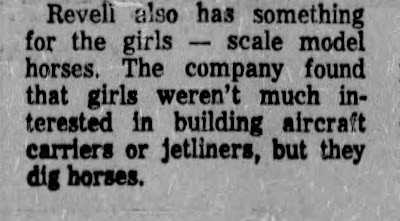 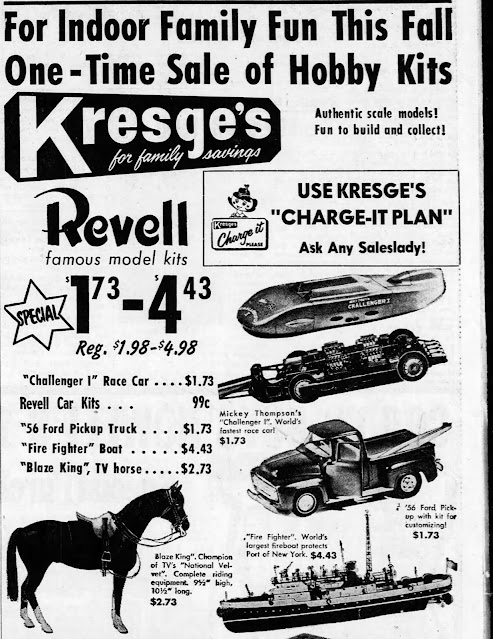 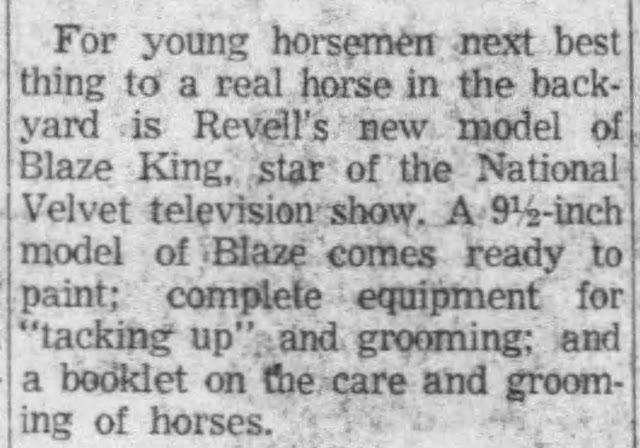 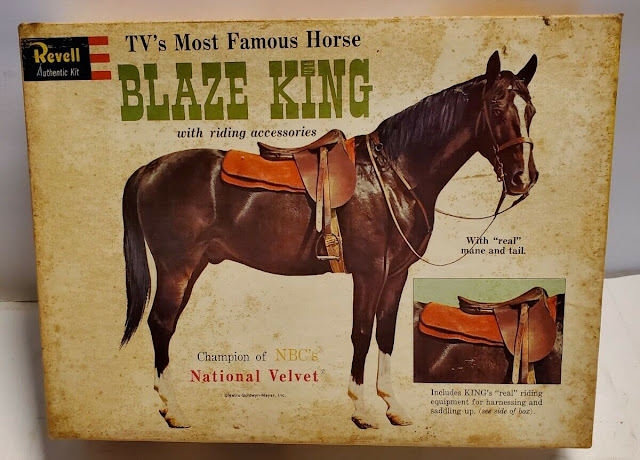 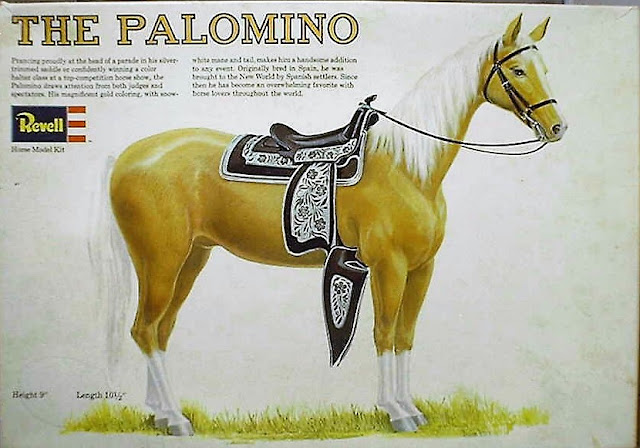 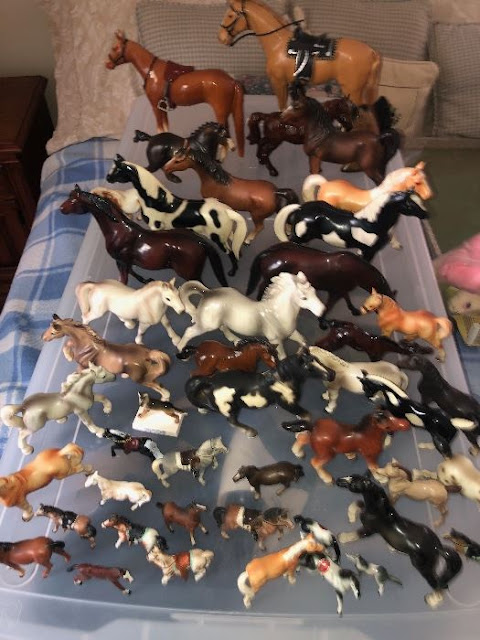 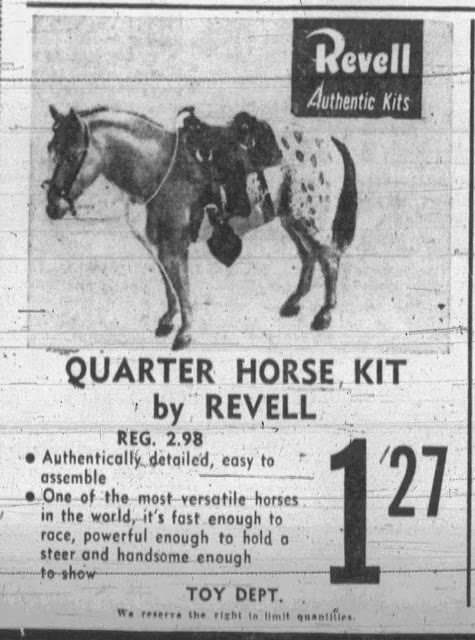 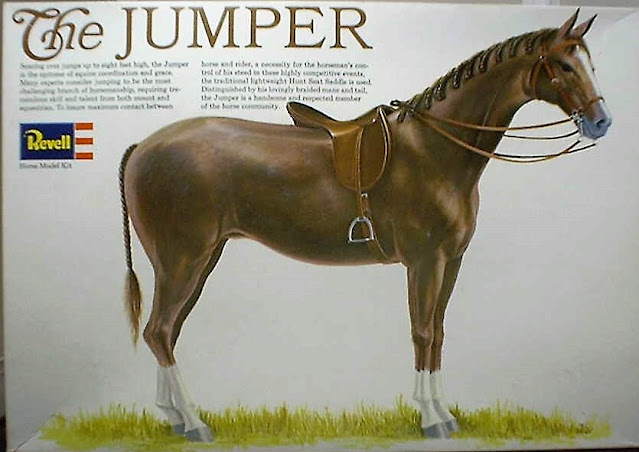 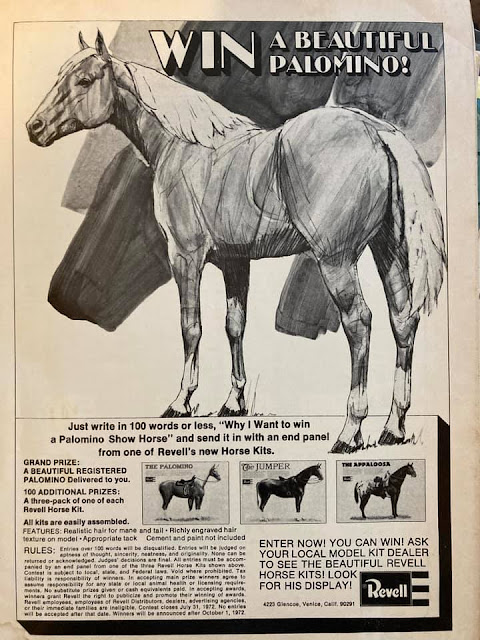 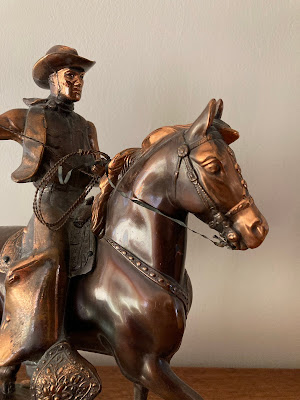 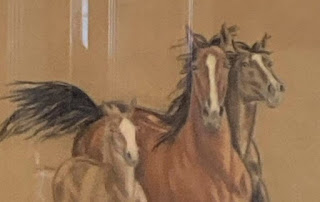 Ever since I started researching the horses of the Kellogg Ranch a few years ago, I have been struck by how much their legacy still impacts Southern California, even in small ways. Sometimes I think the old horses' kindly spirits must want me to find more evidence of their importance.

This was the case at a recent estate sale in my area. I came home with a version of artist and author Gladys Brown Edwards' metal horse design for Dodge, Inc. that represents the Kellogg Arabian stallion Farana and his rider (probably trainer Mark Smith). 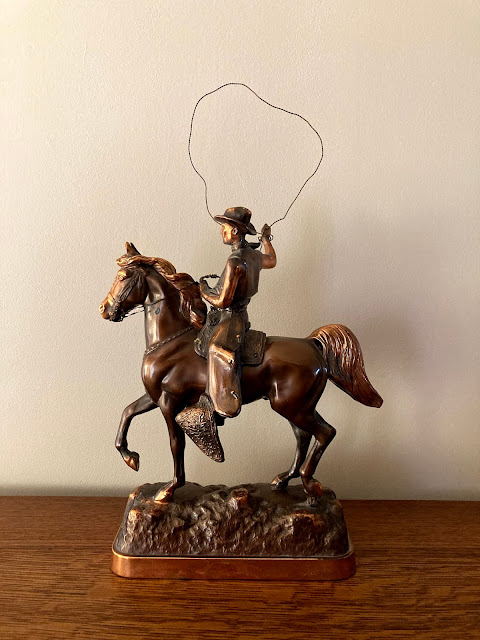 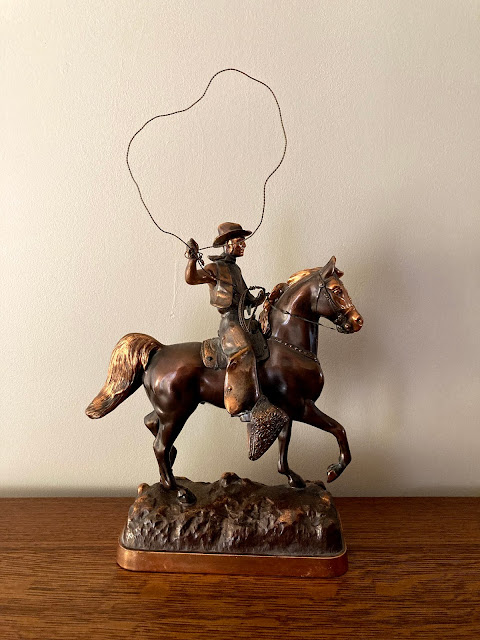 This piece turns up from time to time at estate sales and in online auctions. I've already written extensively about Farana and Gladys Brown Edwards in this blog.  Here's a photo of Farana from the cover of Western Horseman magazine in 1936. 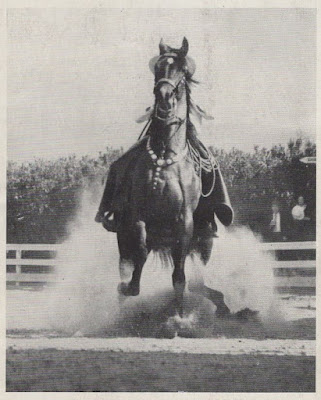 At the end of this post, I will put links to the GBE posts and also to the two-part story of another version of the Farana figurine that is now part of the collection at the W. K. Kellogg Arabian Horse Library at Cal Poly Pomona.  It is appropriate for the collection to contain one of these pieces, since WKKAHL is also the home of the Cecil and Gladys Brown Edwards collection of their papers and some of Gladys' art.

But Farana was not the only image of a Kellogg Arabian at this sale. On the wall, in a frame with glass, was an old pastel drawing of two mares and a foal. The artist is barely known, but the image was iconic. 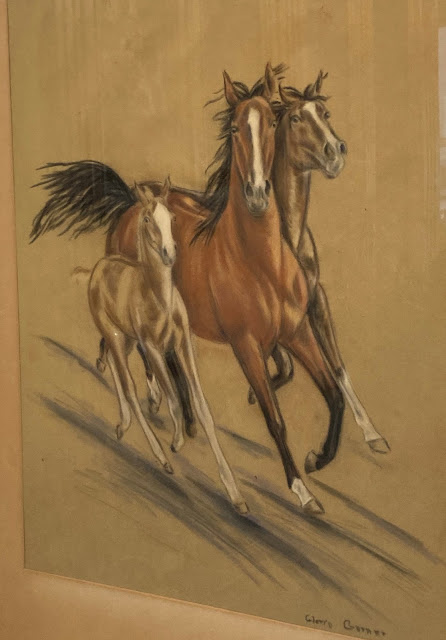 Because the glare from the glass over the picture was so bright, the only way I could get an even partially clear shot of it was at an angle.  The artist had copied the famous photograph of the Kellogg Arabian colt Deyrak ("Latif"), his dam Arak, and her sister Fasal, taken in the winter of 1925. The image appeared in newspapers all over the world, and was made into a famous (colorized) postcard that you can still buy online for less than $5 today.  The picture is best known as "The Three Graces." Here's the postcard image: 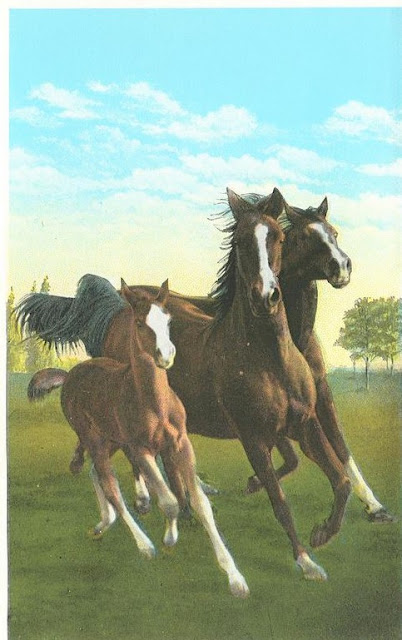 And here's an example of the original photograph, in the Pomona Progress-Bulletin newspaper, 30 November 1925. 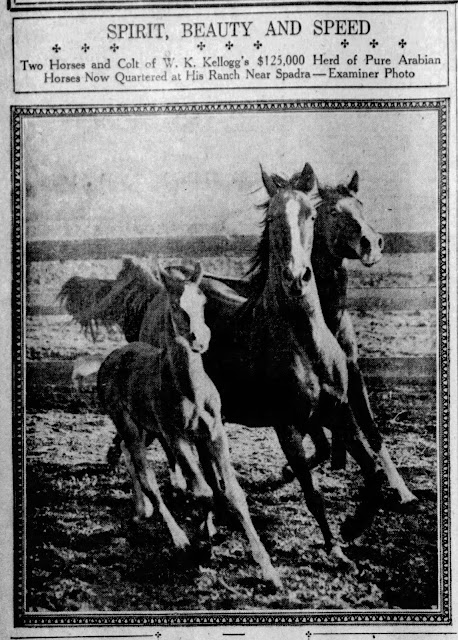 I have seen other renditions of this image by different artists, so it was not uncommon for someone to copy "The Three Graces" using paint, pastel, or pencil. There is even a 1936 oil painting of "The Three Graces" by Gladys Brown (later Edwards) herself, at the Kellogg Arabian Horse Library. 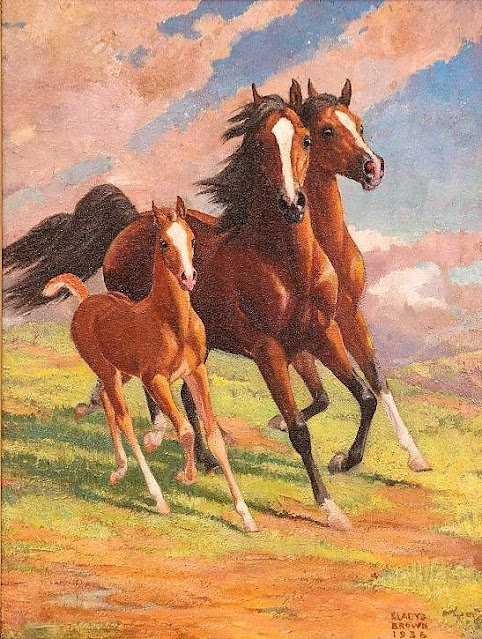 I was not surprised to see that Gladys put the correct markings on the Arabians, that the colorized postcard image did not have; the real colt Latif/Deyrak only had white up to his ankle on his left foreleg, for example.

But we don't know much about the artist of the pastel drawing that was at this estate sale. Her name was Gloria Garner.

I was only able to find one instance of another horse pastel drawing by Gloria Garner on the Internet; it was a head study of the Thoroughbred Kayak II, best remembered today as Seabiscuit's stablemate.  It shows up at the Worthpoint website.

But there is very little other information about an artist named Gloria Garner on the Internet. She appears in the Pasadena City Directory in 1937 and in the Voter Registration Index for Claremont, California in 1938 with the occupation "artist." She shows up in the 1940 federal census, living as a "guest" on a property in Glendale, California, with 43 other "guests."  It says she was a 51-year-old single white female, born in Alabama in approximately 1889. She had lived in Los Angeles in 1935. Her occupation is listed as "pastel artist."  She had an eighth grade education; she worked 18 weeks in 1939 and earned a total of $260. She had no other sources of income.

There are several other persons with the name "Gloria Garner" who appear in newspaper clippings and genealogy websites from the same era. One of them died in 1941, had been married, and was described in her obituary as a "31-year resident of San Bernardino."  There were legal proceedings related to the piece of property she owned, after her death. I don't think this was the same person as the artist, since the artist had at least three different addresses in Los Angeles County between 1935 and 1940.  Another "Gloria Garner" I found was only 10 or 11 years old in 1940, so she can be ruled out as well.

There was an old Western saddle, two other horse paintings by contemporary artists whose names were obscured by the mats and frames, and a few other horse-motif objects in the house at the estate sale. But I wasn't able to find any information about the previous owner's connection to the local horse community.

I did not purchase the pastel drawing of "The Three Graces" because the estate sale company and I could not come to an agreement on the price. The paper was faded, the glass in the frame was broken; the picture would need to be remounted with an acid-free mat. But that's okay; just because I come across a piece of equine history, that doesn't mean I have to own it. I hope if someone did buy it, they will keep it safe.

If I can find more information on the pastel equine artist Gloria Garner, I will update this blog post.

Here is (much) more information about the colt in the famous "Three Graces" picture:

And on the Kellogg Arabian Farana:

The W. K. Kellogg Arabian Horse Library has a copy of the "Three Graces" postcard in its collection, which has been digitized online:

Posted by Teresa Rogers at 9:26 AM No comments: